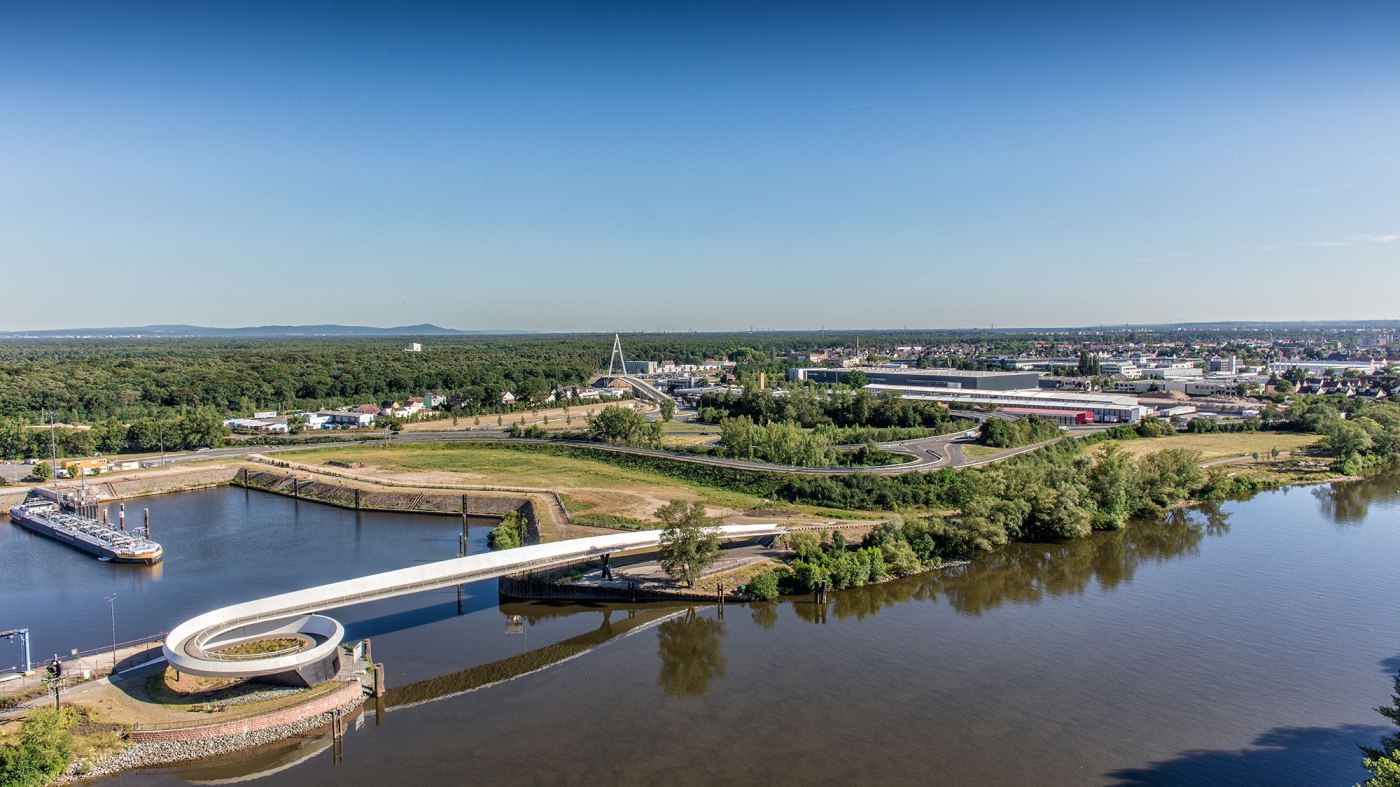 The small town of Raunheim surprises with a successful policy of attracting businesses and an ingenious smart city concept. What’s the secret?

You don’t need a navigation system to find the Town Hall in Raunheim. You can reach the centre of the town with its 17,000 inhabitants with just a 20-minute drive from Frankfurt, routing past the airport and through a business park. On arrival, you will find a church, a school, a sports hall, a medical centre, a chemist, a playground, an ice-cream parlour, detached houses and a supermarket that shares its carpark with the town council. Apart from an design award-winning pedestrian bridge spanning the oil port and a thriving beach bar on a forest lake that you have to hunt for on the town’s website Raunheim does not seem to have anything out of the ordinary to offer. At first glance, that is. And this is supposed to be the new hot spot for international companies in Frankfurt RheinMain?

In fact, the town authorities have succeeded in attracting a number of reputable German corporates to Raunheim, amongst them Lufthansa Systems, not to mention two mayor Chinese firms Chery and Geely, China’s largest carmaker and its largest private car manufacturer, respectively. Today, Chery Europe GmbH in Raunheim already employs 250 staff to develop and design the mobility of the future, while Geely has a payroll of 300 working at a temporary location. And when in 2021 the parent company of Volvo moves to its new headquarters at Airport Garden, there will be 800 top engineers busy here as well. The objective behind this is clear: With the  subsidiary brand Lynk & Co. , Geely intends to conquer the European market for electric mobility.

What is the secret of Raunheim’s success? Jan Laubscheer sits in an office on the second floor of the new Town Hall. Laid out before him an array of glossy brochures with plans, prices and well-known company names – none of them intended for the public. He recollectes what the first ideas were. “Raunheim has a relatively small number of commercial zones,” he comments from the viewpoint of his function leading the in-house urban development campaign. “But we need the corporation tax revenues in order to be able to offer people in Raunheim a good standard of living. So about ten years ago we decided not to assign those zones to investors or project developers, but to market them exclusively ourselves. This means that we can largely regulate the settlement of successful companies.”

Another secret of the town’s success, explains Laubscheer, is the initiative “Drei gewinnt” (Three Winners), an alliance forged five or six years ago between the neighbouring towns of Rüsselsheim, Raunheim and Kelsterbach, because they all faced similar challenges. They formed a Sino-German town network and agreed to share the government tax income of Chinese investment.

The results are impressive. And that applies incidentally to both companies and the citizens. Specifically, around the same time the town realised an exemplary virtual infrastructure with a modern fibre-optic network that offers everything from smart tracking to contactless payment. Meaning Raunheim can justifiably be considered one of the leading smart cities in Germany. Something you might not notice at first glance.